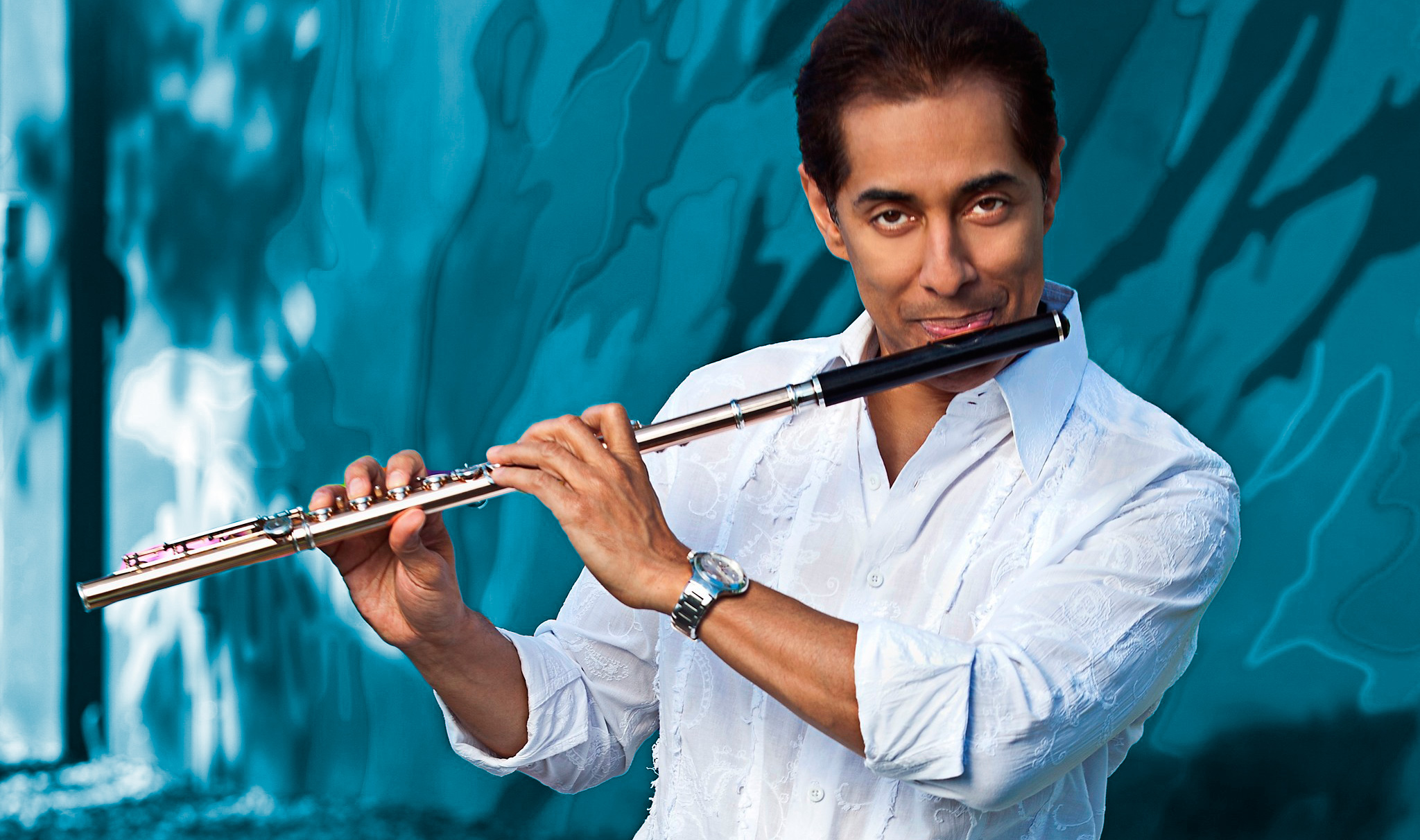 Standing on the shoulders of flute giants from worlds as diverse as Rampal & Galway in Classical Music; Richard Egues’ Cuban Charanga style; rocker Ian Anderson’s Jethro Tull; Herbie Mann and – most influential of all – Hubert Laws as pioneers of Jazz Flute, Latin Grammy Award winning Nestor Torres’ rhythmic and mellifluous flute sound remains apart in a class all by itself. His 14 recordings as a soloist; 4 Latin Grammy nominations, one Grammy nomination and one Latin Grammy Award; collaborations with diverse artists such as Gloria Estefan, Kenny Loggins, Dave Mathews, Herbie Hancock, Tito Puente, Michael Camilo, Paquito D’ Rivera and Arturo Sandoval; as well as performances with the Cleveland, Singapore, and New World Symphony Orchestras among many others, are testament to the remarkable journey of an Artist who continues to grow and enrich the lives of those who experience his talents.

Born in Mayaguez, Puerto Rico, Nestor Torres moved to New York City, where he pursued Classical flute studies at Mannes School of Music, Jazz at Berklee College of Music and Classical and Jazz at New England Conservatory of Music in Boston. During that time he also learned to improvise in the ‘Charanga’ Cuban Dance Music style, which helped shape and develop Nestor’s melodic and danceable sound.

His CD This Side Of Paradise won the Latin Grammy award in the Pop instrumental category, scheduled to be presented on September 11, 2001. This great achievement – and its timing – proved to be a major turning point for Torres.

“Of course it was a great honor and privilege to win the Grammy. That being said, the fact that I was to receive it on 9/11 gave my work and my music a stronger sense of mission and purpose.”

Since then, Torres has focused on transcending his role as a Jazz Flautist to that of an agent of change through crossover multi-media productions, compositions and performances. To that effect, his compositions ‘Successors’, Marta y Maria and Disarmament Suite (commissioned by the Miami Children’s Chorus, St. Martha-Yamaha Concert Series, and ICAP – International Committee of Artists for Peace – respectively), are variations on Nestor Torres’ multi-cultural fusion sounds as expressions of today’s world. Then again, Nestor’s music has always been about that: a Crossover fusion of Latin, Classical, Jazz and Pop sounds. Rich and engaging, complex and exuberant, profound yet accessible.

In addition to his achievements in the studio and on the stage, Torres is also the recipient of many awards, including two honorary doctorate degrees from Barry University and Carlos Albizu University, for his commitment to youth, education and cultural exchanges. 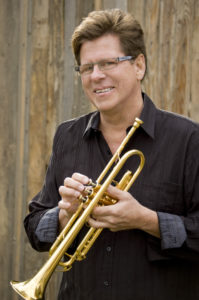 Wayne Bergeron is enjoying a career as one of the most sought-after musicians in the world. Studio sessions, film dates, international touring, jazz concerts, guest appearances, and clinics keep him busy not only in his hometown of Los Angeles, but worldwide.

Born in Hartford, Connecticut in 1958, Bergeron came to Los Angeles at age one, so considers himself a native Californian. Originally starting on French horn, he switched to trumpet in seventh grade and found he had natural upper register ability. Bergeron credits his junior high and high school teachers, Ron Savitt and Bob Smith, for molding his talent into practical working skills.

Bergeron first caught the ear of many when he landed the lead trumpet chair with Maynard Ferguson’s band in 1986. Bergeron can be heard on Maynard’s recordings of “Body and Soul,” “Big Bop Nouveau,” “Brass Attitude,” and “The One and Only Maynard Ferguson.” Bergeron demonstrates daily why Maynard remarked, “Wayne is the most musical lead trumpet player I’ve had on my band.”

After being behind the scene for so many years, Bergeron stepped out on his own with his first solo effort, “You Call This a Living?” This debut project earned him a Grammy nomination in 2004 for Best Large Jazz Ensemble, as well as rave reviews from fans and press worldwide. Bergeron’s second CD, “Plays Well With Others,” released on the Concord Jazz label in 2007, was met with the same acclaim. Bergeron’s latest CD, “Full Circle” was released in January of 2016. Bergeron feels this is his best work to date.

Bergeron has been principal trumpet at the Pantages Theatre for over 15 years and is regularly featured with the Hollywood Bowl Orchestra. He has done guest appearances with the L.A. Philharmonic, The New York Philharmonic, and the Cleveland Orchestra.

Bergeron is a National Artist for the Yamaha Corporation of America and is co-designer of the YTR-8335LA trumpet and YFH-8315G Flugelhorn. Bergeron also designed a series of trumpet mouthpieces with Gary Radtke of GR Technologies that are available through Bergeron’s website.

Bergeron is currently on faculty at California State University Northridge.  Maybe Grammy winning composer and bandleader, Gordon Goodwin said it best, “Wayne is a once in a lifetime lead trumpet player.” 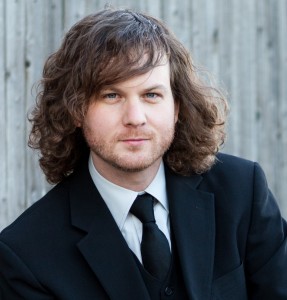 Stockton Helbing is not very good at sitting still. When not drumming he is being a composer, arranger, producer, band leader, educator, music director, author, and entrepreneur.

Stockton maintains a busy schedule of performing, recording, and teaching around North America. He is a frequent guest artist at colleges and high schools due to his hefty resume of past performances. In recent years, Stockton has been heard across the United States playing drums for American music icon and trumpet player extraordinaire Doc Severinsen.

Stockton has released six albums to date: Lodestar (2005), For Nothing is Secret (2007), Battlestations & Escape Plans (2010), Crazy Aquarius (2012), Handprints (2014), and, his most recent Patina (2015). Each album showcases not only Stockton’s drumming abilities, but his composing, arranging, and producing skills as well. Stockton also released his first educational text in 2015, Big Band Drum Set Sight Reading Etudes Volume 1, which helps drummers learn how to improvise and succeed in a big band setting.

Since 2007, Stockton has owned and operated Armored Records, an independent Jazz record label that focuses on releases by up and coming Jazz artists. To date, Armored Records has released over fifty albums from artists coast to coast.

Stockton lives in Dallas, TX, with his wife Denise, John their son, Liliana their daughter, Jack the dog, and Aquarius the turtle.

Noted for his distinctive spark on the instrument, Canadian pianist and composer Josh Hanlon has made his musical home in the jazz oasis of Denton, Texas, for over a decade. His focused, yet versatile approach to the instrument has kept him well in demand as a performer and educator. Recent examples include his upcoming release, “The Baytree Sessions, Vol. 1” (Armored Records), and sideman work with the Stockton Helbing Quintet and the Maniacal 4.

Hanlon earned a Masters Degree in Jazz Studies from the University of North Texas, where he played piano in their flagship ensemble: the One O’Clock Lab Band. He served as Visiting Assistant Professor at Tarleton State University in Stephenville, Texas, as well as taught Jazz Piano at the University of North Texas and St. Francis Xavier University. Perhaps Hanlon’s most notable credit is his five years as pianist and conductor for country music legend Ray Price. You can keep up with Hanlon at his website, joshhanlon.com.

Bassist James Driscoll has been an active member of the Dallas/Ft. Worth music scene for 20 years. He has performed with Doc Severinsen, Dan Haerle, George Garzone, Stockton Helbing, Joe McBride, Ed Soph, Marvin Stamm and many more. After earning a BM in Jazz Performance from the University of North Texas, Driscoll began an adjunct faculty position at Richland College (DCCCD) where he teaches bass performance. In addition to his busy performing and recording schedule, Driscoll operates a small studio in Dallas where he composes for music production libraries and mixes and masters artist recordings. 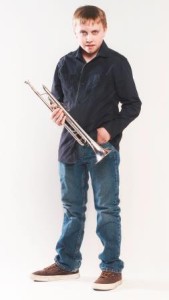 Geoff Gallante, 13-year-old trumpet prodigy from Alexandria, VA, began playing trumpet at age 4. By age 6, he had performed on NBC’s Today Show with Chris Botti, The Tonight Show with Jay Leno and CBS The Early Show. He also became the youngest instrumentalist to perform at the White House and the Kennedy Center. Since that time, he has performed solo engagements with orchestras, symphonic bands and jazz groups in 34 states, most notably The Philadelphia Brass, The Louisville Symphony, The Duke Ellington Orchestra, and 5 outstanding ensembles of the U.S. Military.

Geoff has received resounding praise, including: 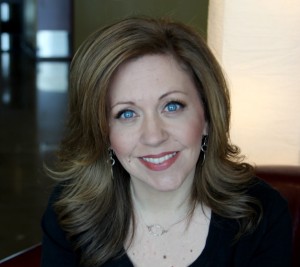 Michele Todd’s love of jazz music began in college, though she has been singing her whole life.  She was the vocalist for the T.I. Stage Band and as a singer in her college jazz choir, Michele had the honor of traveling to Montreux, Switzerland, to perform in the Montreux Jazz Festival.  She has participated in various a cappella groups such as Five Minus One, The Connection, and Four the Holidays.  For the past 7 years, Michele has had the proud honor of being a vocalist for the Phares Corder Jazz Orchestra, singing songs by some of her favorite singers like Diana Krall, Jane Monheit, and Ella Fitzgerald.  She has been fortunate enough to sing with some of the most talented musicians and in some of the most prestigious locations in the Dallas area.

Michele performed with the band at its Star-Spangled Spectacular concert on July 3, 2014 at Haggard Park in Downtown Plano at 7 p.m. 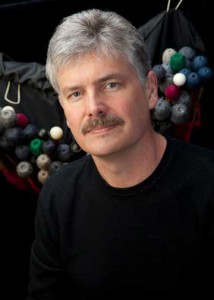 Drew Lang performs regularly with the Dallas Opera Orchestra, Dallas Symphony Orchestra, Fort Worth Symphony Orchestra and many regional orchestras in the Dallas/Fort Worth Metroplex. He is also the principal mallet player with the Dallas Wind Symphony and percussionist for Casa Mañana Musicals. As a theater percussionist, he has also performed at the ATT Performing Arts Center and the Dallas Theater Center. In addition, he was principal percussionist at the Breckenridge Music Festival in Breckenridge, Colorado. As a marimba specialist, Drew has commissioned and premiered and recorded works for marimba in solo, chamber and concerto settings. Drew appears throughout the United States as a soloist and in his duo with Flutist Helen Blackburn. Drew is on the percussion faculties at Southern Methodist University and Eastfield College and is director of the “MARIMBA MADNESS” summer Junior High/High School percussion camp and endorses Vic Firth sticks and mallets.