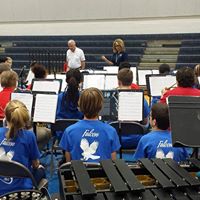 What started as an impromptu discussion among friends from the Plano Community Band and the San Antonio Wind Symphony (SAWS) flourished into the “Music for Life” educational outreach program.  The SAWS had seen great success sharing a concert with a middle school band, and the ideas for how the PCB could help the community flowed from there…  It evolved into an annual clinic for two local middle school bands, with PCB volunteer musicians sitting side-by-side with student musicians to help refine their UIL contest music.

The PCB partnered with local Title I middle schools.  The project was christened “Music for Life” in memory of PCB Conductor Emeritus, Tommy Guilbert, who believed in encouraging everyone to continue playing and enjoying music for life. The goals of the project include: 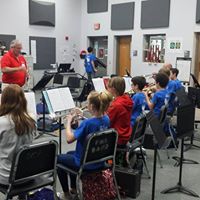 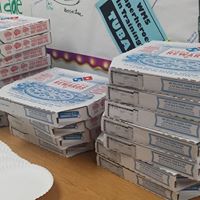 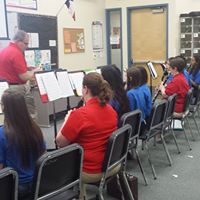 Select PCB members work with the young musicians in sectionals and full band clinics, and then play side-by-side with the band in a private concert for the middle school band students’ families. The PCB members donate their time, and many of them leave work early to be at the clinics. The clinics give the students a chance to hear how their parts should be played and give them an opportunity to ask questions of the PCB member sitting next to them.  A four member “Momtourage” support team consisting of PCB band members assists with each event and hosts a pizza dinner between the afternoon clinic and the evening concert for each band. 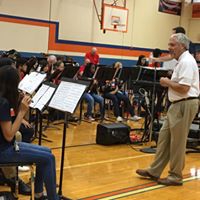 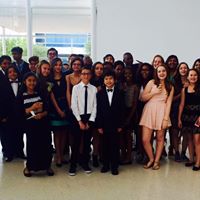 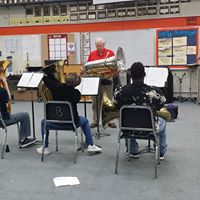 The project continues to be a huge success for both the middle schools and the PCB, and is something the band members and the schools look forward to each year. 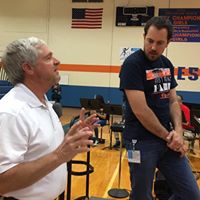 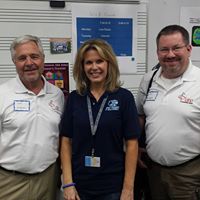 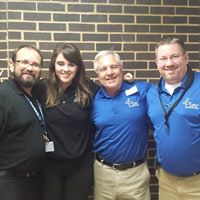 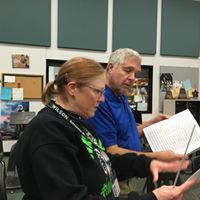 The “Music for Life” educational outreach program is made possible by generous donations from the Robert Burleson Charitable Gift Fund.  Bob was Tommy’s “Best Man,” and his foundation was established to provide an annual contribution of $1,000 to “spread Tommy’s passion…”